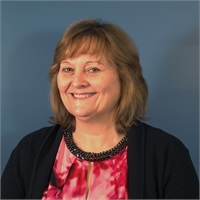 Joan is a native of the community and has lived most of her life in Union County, PA.  Having grown up the youngest of five daughters on her family’s peach orchard and monument business, she was taught the value of hard work and earning an honest dollar.  She was also made to realize the importance of treating people with respect and now recognizes how much of an impact that lesson has had not only on her personal life but on her business.

Her interest in financial services began while working for a local bank.  She began her banking career during a time when interest rates were steadily declining.  As CD’s matured and renewed at lower interest rates, customers would often ask, “Isn’t there anything you can do?”  That was one of the main triggers that led Joan to seek a career in the industry of financial planning.  As opposed to being an order taker for a limited selection of savings vehicles that a bank had to offer, she craved the opportunity to create solutions for client’s needs and to help them plan for their futures.

Joan was a financial advisor with MetLife for 19 years in Williamsport and Lewisburg, PA.  In 2007 she earned the prestigious CFP® accreditation.  Although many professionals call themselves “financial planners,” Joan completed extensive training and experience requirements and is held to rigorous ethical standards.  Joan believes it is important to be able to tailor the planning and product solutions for her clients.  She is a member of the Greater Susquehanna Valley Chamber of Commerce.

Joan has been married for 43 years to her husband, Randy and has a son, daughter, daughter-in-law, and 2 grandsons.  She has played the piano since the age of four and taught piano lessons for several years.  Currently she has been giving virtual lessons to a niece in Ontario, Canada.  With this talent she also accompanied the Buffalo Valley Singers, a local choral group, for several years.  Joan is an animal lover and has a Bully Mix named Sammy, who was rescued from a local shelter.  Joan also has a particular concern for individuals with Special Needs and has spent much of her time over the years advocating for Special Needs children.