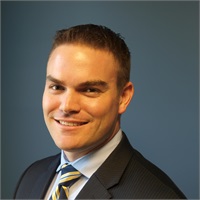 Michael Barrett is a Susquehanna Valley native having grown up in Winfield. He was a 2007 graduate of Lewisburg Area High School. He attended Gettysburg College and was a 4 year letterman in Football.  He received a B.A. in Business Management in 2011 and minored in Economics.  Like many new college graduates entering the workforce in the years following the financial crisis, he faced a poor job market.  Michael decided that finding a job in any field in which he was qualified and could gain work experience was the first step.  When a position with Metlife arose in his hometown of Lewisburg, he gave it a shot.  Little did he know that what started as a first step to gain experience would soon turn into a lifelong career.

Michael became an advisor with Metlife in August of 2011 and began working closely with Joan Lyons in November of the same year. With Joan’s mentorship, Michael soon became enthralled with the financial industry.  He loves the challenge of producing strategies to help his clients pursue their financial goals.  Yet, his favorite thing about coming to the office each day is getting to interact with his clients and getting to know them personally.  Throughout his career, Michael has continued to learn and expand his knowledge.  He currently holds Life & Health Insurance, Series 6, Series 7, and Series 63 registrations held through LPL Financial, and Series 65 registration held through Good Life Advisors, LLC.  He is also an active member in the Greater Susquehanna Valley Chamber of Commerce, the Greater Susquehanna Valley Young Professionals and the Leadership Susquehanna Valley class of 2021.

In his free time Michael strives to live a healthy and active lifestyle.  He enjoys watching and playing sports.  He also likes to be immersed in nature and spends his time golfing, wakeboarding, skiing, and snowboarding.  He currently resides in West Milton with his wife Mindy and their two children, Rylan and Reese.